"His remarks came during a program held Sept. 28 in Reeves 165 on the Raymond Campus to mark Suicide Prevention Month."
By: Danny Barrett Jr.
Photography by Brad Smith 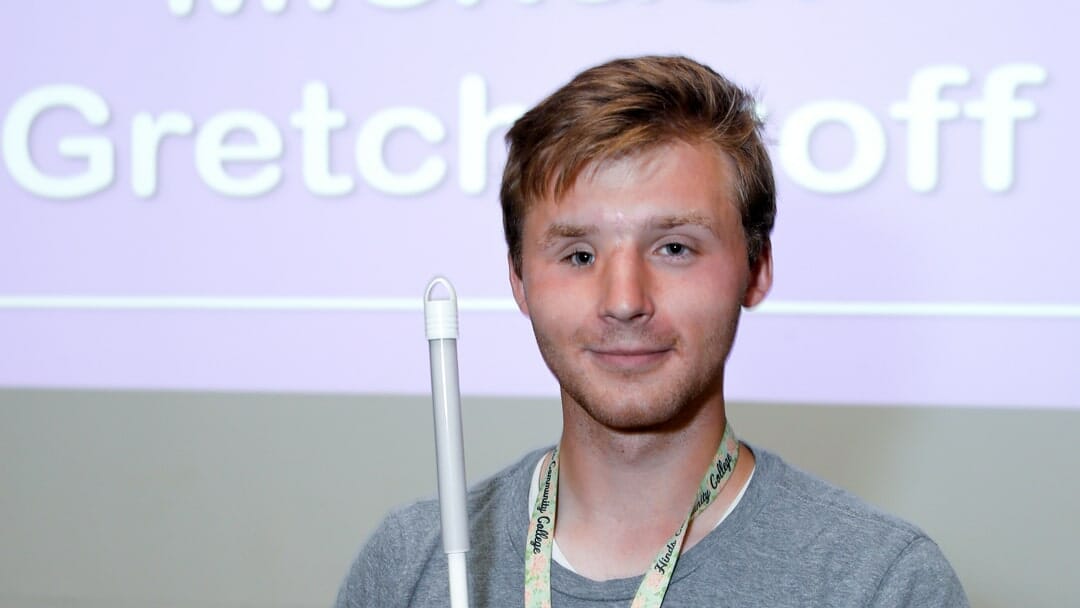 When his mother died of cancer in 2015, it left Hinds student Michael Gretchokoff without a feeling that life meant anything.

“She passed away after a very slow, very painful death,” he said. “It was an agonizing way to pass. I got to see my mom waste away, and it didn’t make me feel okay. I found out she died on the way back from a church camp trip. I didn’t know how to take it or deal with it.”

It started a downward spiral that eventually led to four suicide attempts over the next 2 ½ years, with the last one resulting in blindness after he stole a gun and shot himself between the eyes.

“A few days before my 16th birthday, I woke up in the hospital in a neck brace. I tried to open my eyes again and again, but I couldn’t see. I had thrown away the life I once knew, like drawing, playing video games, walking by myself unaided, shaving and putting on my uniform for ROTC.”

His remarks came during a program held Sept. 28 in Reeves 165 on the Raymond Campus to mark Suicide Prevention Month. The program, “The Battle Within” offered information on signs to look for and how to get help.

“Talking about it helps with prevention and awareness, so we want to get the word out,” said Jenny Crutchfield, Licensed Professional Counselor at Hinds. “it creates a conversation and helps people become aware of what is suicide. “It also helps people who are thinking about suicide understand there are other alternatives and gives them insight on where to go to get help.” 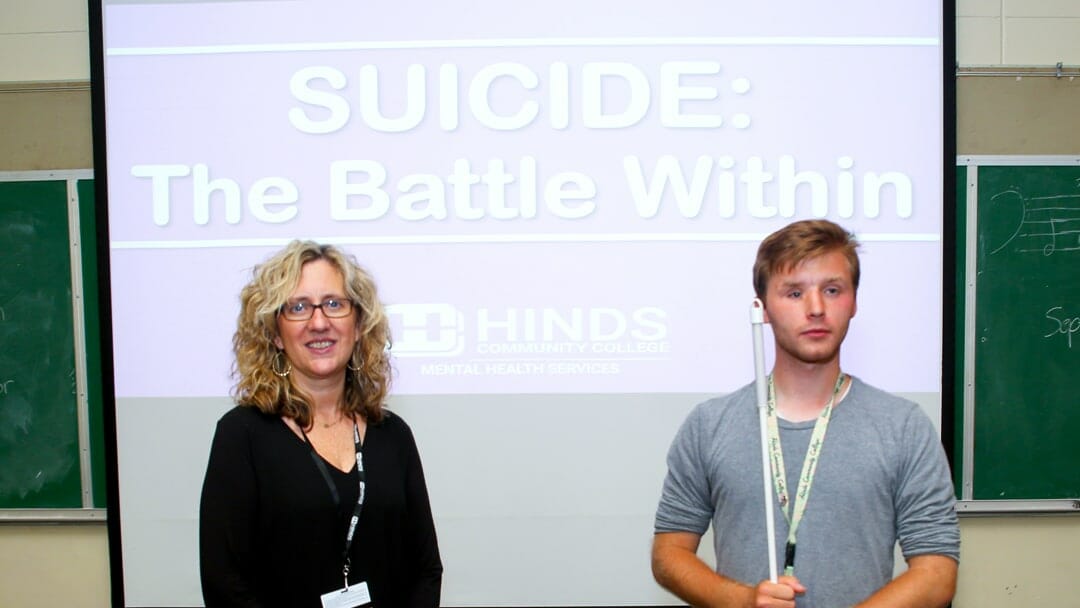 According to statistics, 1,100 college students in the U.S. die by suicide each year, with suicide being the second-leading cause of death on college campuses. About 80 percent of those who attempt suicide either talk about it with a friend or show some sort of warning sign.

Gretchokoff, of Ridgeland, now 19, spent months recovering medically and spiritually, then found strength in the support he received from peers.

“Eventually, I got enrolled in the Mississippi School for the Blind,” he said, adding he graduated valedictorian of his class and ran track. “Oftentimes, I was forced to put one foot in front of the other. Something of the drive and motivation I once had began to return.

Since enrolling at Hinds in 2020, he has been a regular on the Dean’s List, plays guitar in the Eagle Band and is a member of the U.S. Air Force Auxiliary.

“I can tie my own shoes, shave myself, put on my own belt and walk to where I need to without assistance,” he said, smiling and prompting faculty and students in attendance to smile with him. “I do still sometimes run into bushes!”

Services provided by the counseling centers are free and confidential, usually without an appointment. All six Hinds locations have access to counselors based at the Raymond Campus. For more information, contact Crutchfield at 601-857-3219 or at MHS@hindscc.edu

The program was livestreamed and may be viewed at here.