Bolton has attended Hinds on three scholarships and is president of the Alpha Iota Kappa chapter of Phi Theta Kappa honor society at the Jackson Campus-Nursing/Allied Health Center.
By: Danny Barrett Jr. 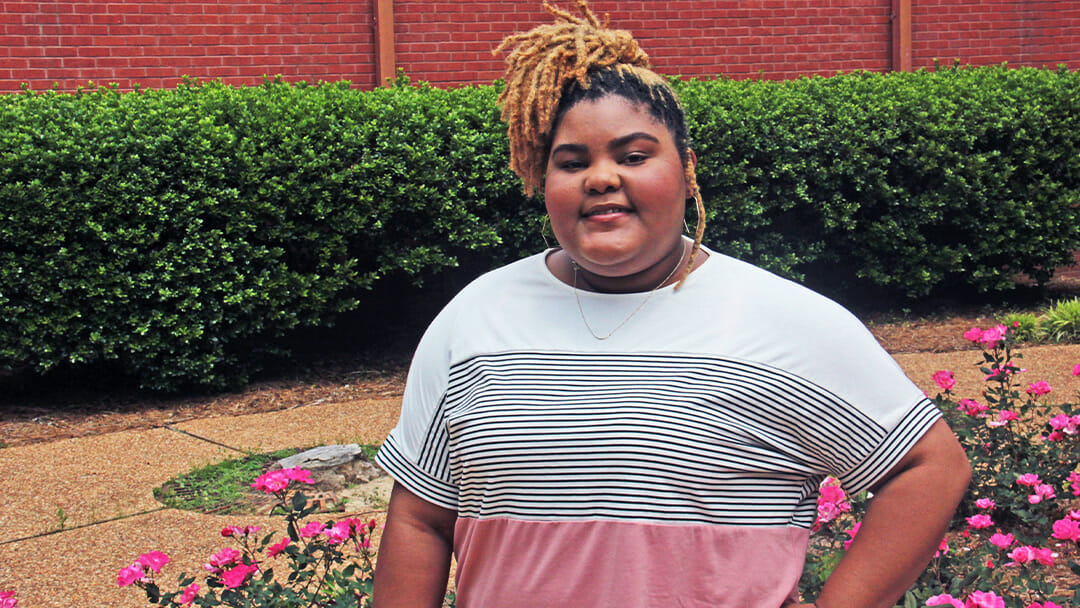 Chloe Bolton, 19, of Brandon, has enjoyed all things science all through her school-age years, with her choice of a college major being no different.

“I chose Medical Laboratory Technology because it is a little bit more behind-the-scenes than nursing,” Bolton said. “It has more of the science aspect of the field that I like, such as doing dilutions and looking at things under microscopes.”

On May 11 she is being awarded an Associate in Applied Science in the discipline and plans to pursue a bachelor’s degree at the University of Arkansas for Medical Sciences. The past few weeks of completing her necessary clinicals have reinforced her passion for the healthcare field.

“We’ve gotten a lot of hands-on in our clinical rotations to end this semester,” she said. “We do all the five major parts of the lab, which include microbiology, blood banking, chemistry and hematology and urinalysis. We also do a phlebotomy rotation and need a certain number of sticks on patients while being supervised.”

The human touch in Bolton’s instruction has been stellar, she said, as Hinds instructors have allayed her fears in interacting with patients for the first time.

“I’m learning to relate to people in the job when they’re scared of what we do,” she said. “I’ve had great instructors who made sure I was confident in what I was doing. It made it easier to learn.” Learning her science at Hinds has been her best decision yet, she said.

“At first, it was hard to figure out whether I wanted to come to a community college first,” she said. “I’m a great student and excel in everything. But coming here has been a lot less expensive and has offered a lot during the pandemic to make sure students have resources and funding for school.”

Bolton has attended Hinds on three scholarships and is president of the Alpha Iota Kappa chapter of Phi Theta Kappa honor society at the Jackson Campus-Nursing/Allied Health Center. Those titles come with responsibility, but it’s come easy, thanks to her instructors.

“They’re good about telling us about scholarships and reminding us to take advantage of them,” she said. Bolton is already thinking about what she’ll tell graduates when she addresses them on graduation day. “I put a lot of pressure on myself, but it’s been tough to do that the past few years with everything that’s gone on,” she said. “I’ll just tell them to extend themselves some grace but keep going even when things don’t look like they’re shaping up for the best. They eventually will.”

Learn How To Enroll

Enrolling at Hinds CC has never been easier! Our Enrollment Checklist has everything you need.