As part of a recently announced National Endowment for the Humanities grant, “The Black Man’s Burden: William H. Holtzclaw and the Mississippi HBCU Connection,” the Humanities Department at Hinds Community…
By: Cathy Hayden

As part of a recently announced National Endowment for the Humanities grant, “The Black Man’s Burden: William H. Holtzclaw and the Mississippi HBCU Connection,” the Humanities Department at Hinds Community College’s Utica Campus will sponsor a series of public talks in the Holtzclaw Lecture Series.

William Andrews, the E. Maynard Adams Professor of English at the University of North Carolina at Chapel Hill, will speak on “William H. Holtzclaw: the Man, the Mission, and the Mask” at 7 p.m. Thursday, April 28 at the Margaret Walker Center in Ayer Hall on the Jackson State University campus. A reception is before the lecture at 6 p.m. The lecture is the first in the Hinds’ Utica Campus Holtzclaw Lecture Series. 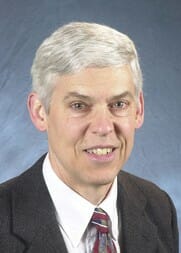 His lecture will discuss Holtzclaw’s autobiography, “Black Man’s Burden,” along with William Pickens’ “Bursting Bonds,” in light of Booker T. Washington’s “Up from Slavery.”  Holtzclaw and Pickens were both Booker T. Washington protégés, but while Holtzclaw remained a Bookerite, Pickens had become by 1922 a supporter of Du Bois.  The talk will examine both men’s work, with an emphasis on the influence of Washington’s classic autobiography on both.

The Holtzclaw Lecture Series is designed to bring nationally recognized scholars and experts on African American education in the South for public lectures in a variety of venues around the state. The lecture is co-sponsored by the Mississippi Humanities Council and the Margaret Walker Center.

He is currently series editor of North American Slave Narratives, Beginnings to 1920, a complete digitized library of autobiographies and biographies of North American slaves and ex-slaves, funded by the National Endowment for the Humanities, Ameritech, and the University of North Carolina at Chapel Hill.

“Black Man’s Burden: William Holtzclaw and the Mississippi HBCU Connection” is a National Endowment for the Humanities (NEH) grant to highlight the work of William Holtzclaw, a pioneer in African American education. The project will contribute to a growing body of research and interest in the “Little Tuskegees” as important forerunners of the Civil Rights Era in the Deep South.

William Holtzclaw is the founder of the Utica Normal and Industrial Institute, which later became Utica Junior College, and is now the Utica Campus of Hinds Community College. The campus retains its historical HBCU status.

This two-year research program is designed to equip faculty and student-scholars to explore themes in Holtzclaw’s writing in humanities courses, combined with the development of a Summer Teachers’ Institute and teaching resource kit that will be used by other institutions (both on the high school and community college level) to extend the work beyond the institution.

ABOUT THE NATIONAL ENDOWMENT FOR THE HUMANITIES

Created in 1965 as an independent federal agency, the National Endowment for the Humanities supports research and learning in history, literature, philosophy, and other areas of the humanities by funding selected, peer-reviewed proposals from around the nation. Additional information about the National Endowment for the Humanities and its grant programs is available at: www.neh.gov.