[tweetable alt=””]Vonya and DeMarcus Grear made for a happy family in their caps and gowns on Sunday[/tweetable], May 15 as Hinds Community College’s Utica Campus held its spring 2016 commencement.…
By: Danny Barrett Jr.

[tweetable alt=””]Vonya and DeMarcus Grear made for a happy family in their caps and gowns on Sunday[/tweetable], May 15 as Hinds Community College’s Utica Campus held its spring 2016 commencement.

“It is an honor to graduate with my mom,” DeMarcus said, holding his career certificate in Automotive Technology. Vonya earned an Associate in Arts degree in Clothing and Fashion Design Technology. 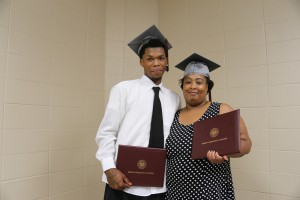 Jackson State University President Dr. Carolyn Meyers was the speaker for the commencement at Utica. Meyers encouraged graduates with words from the Dr. Seuss children’s book, “Oh, The Places You’ll Go!” and her own personal experiences since becoming JSU president in 2011. 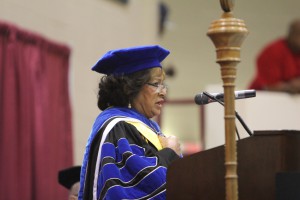 “Be kind, like your president, Dr. Muse,” she advised, as she explained how Hinds President Dr. Clyde Muse was one of the first people to welcome her to Mississippi.

Muse spoke of the merits of a community college education on two important levels.

“Not only do we have the lowest cost, and highest quality education, but we also have the best faculty and staff there is to offer,” Muse said. 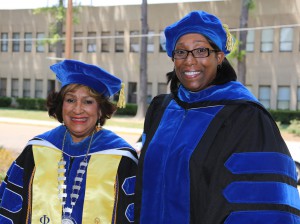 “As Vice President of the Utica Campus, I am proud of our faculty and staff for their input and performance,” Mays-Jackson said. “Dr. Carolyn Meyers was an outstanding speaker and inspired us all. To our graduates, I appreciate you for choosing the Utica Campus of Hinds Community College for your collegiate experience and I am confident you are prepared to move on to challenges of the next chapter. I wish you all great success and a bright, fulfilling future. As new alums, do not forget the Utica Campus legacy,” Mays-Jackson said.

Dr. Mitchell Shears, academic dean for the Utica Campus, noted the achievements of all STEM graduates, those majoring in fields related to science, technology, engineering and mathematics. Three of them presented recently at the Emerging Researchers National Conference in Washington, D.C. 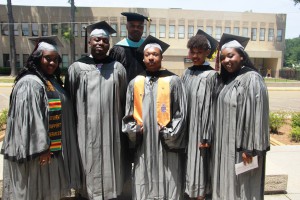 “We are very proud of our STEM students, because they are leaving the Utica Campus with something that a lot of college freshmen and sophomores do not – research experience,” Shears said. “Shears also noted that this experience gives Utica graduates a competitive advantage over other science majors headed to four-year universities.” 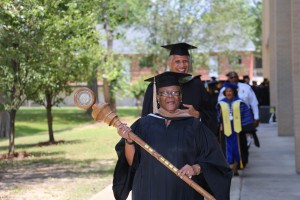