College to confer 389 credentials to 591 students in two ceremonies
By: Danny Barrett Jr.

RAYMOND – Summer graduation ceremonies are set for July 27 at the Muse Center on the Rankin Campus as students earn career or technical certificates and associate’s degrees from Hinds Community College. 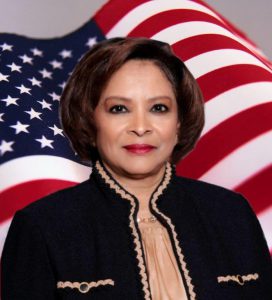 The college will confer 389 credentials to 591 students in two ceremonies. All nursing and allied health graduates will receive their credentials at 8 a.m., with commencement for academic and career-tech graduates to follow at 11 a.m.

Peggy Hobson Calhoun, who represents District 3 on the Hinds County Board of Supervisors, is the speaker at both ceremonies.

Calhoun, of Jackson, was first elected in 1992 and has championed issues of economic development, public health and safety. Over the years, she has received numerous awards and recognitions for services rendered to promote the development of women, as well as small and minority-owned businesses.

In 2017, Calhoun was selected by fellow county supervisors on the Mississippi Association of Supervisors to be the organization’s president for the 2017-18 term.

She is a member of Mount Nebo Missionary Baptist Church and has two adult children with her husband, state Rep. Credell Calhoun.