PEARL — Just two years ago, Ronald Humes had dropped out of high school and was seemingly out of options. Today, he has credential and a job offer in hand…
By: Danny Barrett Jr.

PEARL — Just two years ago, Ronald Humes had dropped out of high school and was seemingly out of options.

Today, he has credential and a job offer in hand – and he feels on top of his world. 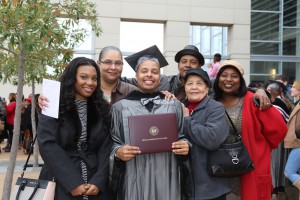 Ronald Humes, center, of Vicksburg, was among nearly 900 students who received credentials from Hinds Community College in three ceremonies Dec. 16. Humes earned a Career Certificate in Welding Technology and, earlier this year, had earned his High School Equivalency after completing the MI-BEST program at Hinds. (Hinds Community College/April Garon)

“It’s really a dream come true right now,” said Humes, of Vicksburg, among those in academic and technical areas of study who graduated from Hinds Community College Friday, Dec. 16 in ceremonies held at the Muse Center on the Rankin Campus.

Humes had earned his High School Equivalency certificate this past summer after completing the MI-BEST program at Hinds, a program that combines the high school equivalency curriculum with job training skills. Humes’ career certificate in Welding Technology was just the start of his big day Friday.

“I have a job offer right now where I’d make $32 an hour,” Humes said, surrounded by family and friends.

The college graduated nearly 900 students who received 1,263 degrees and certificates, meaning some graduates received more than one credential. Of that number 554 chose to participate in one of the three ceremonies on Friday.

Jimmy Phillips and Thomas Scoggins graduated Hinds Community College on Friday, Dec. 16 with more than their credentials in hand. 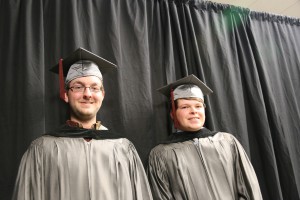 Each has a job offer after completing the Industrial Maintenance program, which prepares students for modern-day manufacturing facilities.

“I have some offers I’ll be going after, with this degree,” Scoggins said.

Keila Adams, of Jackson, grew up with a few family members unable to hear the world around them.

Now, with an Associate of Applied Science degree in Interpreter Technology in hand, Adams will be able to help her and countless others interact with their own loved ones. 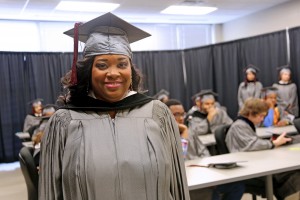 Hinds President Dr. Clyde Muse noted that many students want to make a better life for them and their families.

“The power of education is that it drives our vision for a better life.  And, while the graduates who sit upon this stage today represent a diverse set of circumstances, they are connected by their belief that a community college education is a step up to a broader opportunity to build a better life,” Muse said.

Dr. Bobby Glenn, director of the Veterinary Technology program at Hinds since 1976, spoke to academic and technical graduates on the value of their education in multiple measures.

“Twenty-five percent of first-semester college students do not return for their second semester,” Glenn said. “You did return. And you returned again. And you finished.

“Your degree will open doors that otherwise would not have opened. Wear your degree with pride – you’ve earned it.” 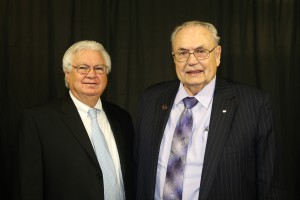 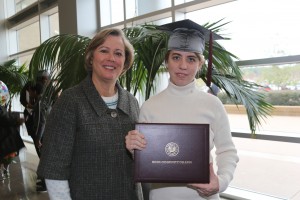 Darylle Buckley, right, of Jackson, was among nearly 900 graduates of Hinds Community College at ceremonies held Dec.16. Buckley earned an Associate of Applied Science degree in Landscape Management Technology. With her is Martha Hill, who directs the program of study. (Hinds Community College/April Garon) 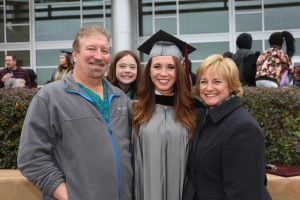 Jamie Johnson, of Vicksburg, center right, was among nearly 900 graduates of Hinds Community College at ceremonies held Dec. 16. Johnson earned an Associate of Arts degree in general studies and plans to pursue a nursing degree. With her is her father, Jimmy Johnson, left, her daughter, Carlie Blok, and her mother, Beverly Johnson. (Hinds Community College/April Garon) 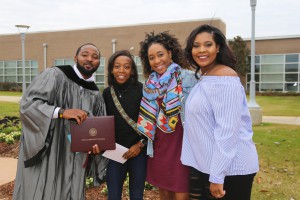