RAYMOND – Fay Lundy was an honors student in high school but she knew nothing about the real world.

That was more than 50 years ago. Between then and now, her education had been in the workplace, but she also felt something was missing.

“I didn’t need school then, because I knew it all,” Lundy said. “But, after a while I realized what I didn’t know. But, by then, I was married and had kids.”

Lundy was among 16 people of varying ages who were recognized during a ceremony Friday at Eagle Ridge Conference Center on the Raymond Campus for achieving their General Education Development certificate this academic term.

Being the oldest person in the group didn’t faze the 68-year-old Bolton resident and grandmother of eight who worked in convenience stores, big-box retailers and restaurants as she raised a family.

“I keep telling my grandchildren, ‘Grandma worked hard but didn’t make any money because she didn’t have an education.’” 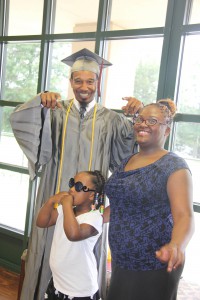 Thomas Brandon Ealey, 30, one of three honors students among those recognized and among four GED recipients who received $500 from the Education Pays program, hopes to learn those lessons early. He works retail in Flowood these days and has his sights set higher after years of making “a lot of bad decisions.”

“My motivation is my three children, nieces and nephews and the people around me,” Ealey said. “I’m really contemplating law school.” 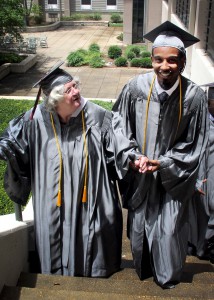 Hinds student and noted fashion and costume designer Nina Ghaffari spoke to this year’s recipients on a message of not giving up despite background and circumstances. Ghaffari, 34, a sociology and human rights major at the Jackson Campus – Academic/Technical Center, was born in Mississippi and received a GED in 1998 from Hinds but was taken to live in her father’s native Iran for 12 years before finding her way back to the United States. 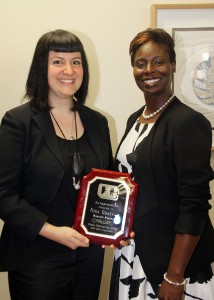 “Risks are all about uncertainty and building a more confident you,” Ghaffari said. “If we take risks on a daily basis, we become confident to take bigger risks. Life is too short to live small.”

Recipients of GED certificates and their stated hometowns included:

Ealey, Landry and Mobley were Honor Students, with Ealey, Bryant, Byrd and Liggins also recipients of $500 scholarships from the Education Pays program. Begun in 2009, the program is a partnership between Hinds and the Craig H. Neilsen Foundation and awards checks to all Hinds CC Warren GED recipients over the age of 21.

Hinds offers a tuition free class to all first time college students who are admitted with a GED. The college also offers a $1,000 academic scholarship that is equivalent to the ACT Scholarship for high scoring GED achievers. For more information, visit www.hindscc.edu.

Retiring Hinds CC Vice President Woods: ‘It has been a great ride’