Her record of service is 42 years and counting, as she continues to serve as a part-time instructor in the Health, Physical Education and Recreation Department.
By: Danny Barrett Jr. 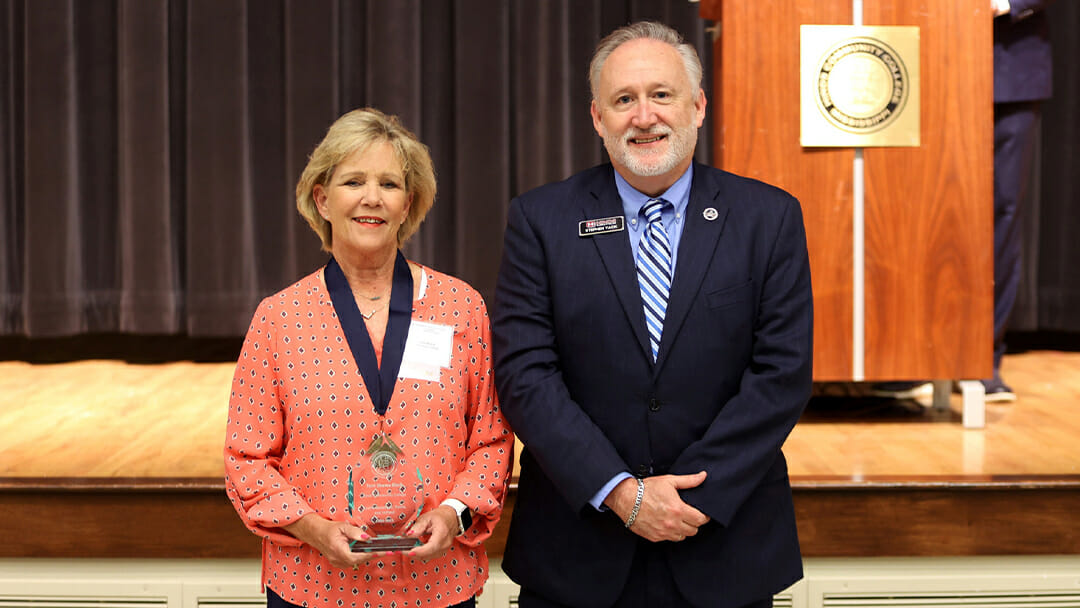 A Jackson native, Black came to Hinds in 1980, where she began making a mark on the college’s athletic programs that lasts to today.

Following her days at McCluer Academy and playing basketball at Mississippi College and the University of Mississippi, Black became an assistant women’s basketball coach under head coach Rene’ Warren.

She became head coach herself when Warren became athletic director. She directed the team until 1988, when basketball was moved to the Utica Campus. She was named to coach the Mississippi Junior College All-Star team in 1984. She also stepped in to coach the tennis team for three years in the 1980s and was Health and Physical Education Department Chair from 1988-1992 and 1998-2015.

In 1993, she returned to the basketball team as an assistant to head coach Lester Owens for four years. Most recently, she was head softball coach from 1998-2005, a time when the sport moved from slow pitch to fast pitch on the national level. In 1999, the Lady Eagles won the Mississippi Association of Community and Junior College and Region 23 championships and finished third in the nation. For her part, she was named MACJC Softball Coach of the Year.

Her record of service is 42 years and counting, as she continues to serve as a part-time instructor in the Health, Physical Education and Recreation Department.

Her work to support the entire college has also continued, having umpired the annual Monster Mash Fundraiser for Blair E. Batson Children’s Hospital and played in the Hinds Community College Foundation’s Golf Fun Fest each year since its inception in 1987. She initiated the Polly Rabalais Golf Award, named for the former Hinds golf coach and presented each year at the Fun Fest.

She is married to Jerry Black and has three daughters, Pam, Cindy and Jamie, and four grandchildren.