RAYMOND – Brandy Benton lived up to her hometown’s name when she first attended Hinds Community College in the 1990s. As a catcher on the softball team, Benton, of the…
By: Danny Barrett Jr. 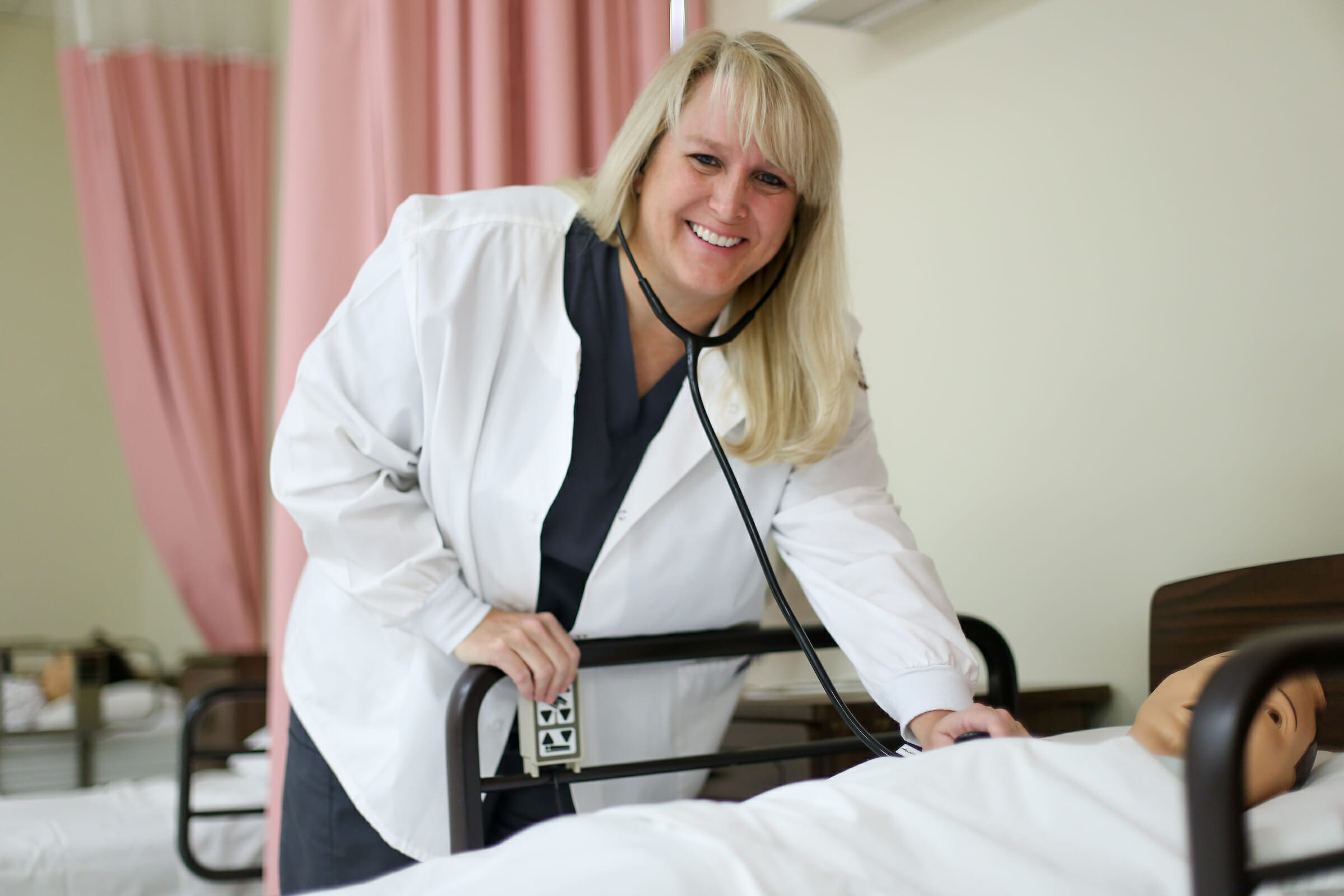 RAYMOND – Brandy Benton lived up to her hometown’s name when she first attended Hinds Community College in the 1990s.

As a catcher on the softball team, Benton, of the Star community near Florence, batted .450 and drove in 42 runs during her sophomore season. For her efforts, she won the 1995 Eagle Award for outstanding athlete. 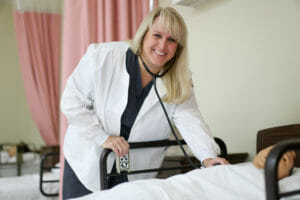 Now 45, Benton will complete her return to school when she joins more than 1,300 other students earning credentials at fall graduation Dec. 18 at the Muse Center on the Rankin Campus. Phil Cockrell, an Engineering and Drafting Design Technology instructor at Hinds and director of the Fab Lab on the Raymond Campus, will speak at three ceremonies at 9 a.m., noon and 3 p.m.

Life after college the first time around hasn’t exactly been boring.

“Emergency Medical Technician was my original degree when I was at Hinds the first time,” she said. “I worked at Baptist Hospital for three years after that, as a phlebotomy tech, but decided to go in a different direction with my life. I followed my older brother into the military.”

She joined the Air Force in 1998 and, after 9/11, flew on missions over Iraq and Afghanistan as a firefighter. “There, we’d take people into the war zones and make sure the bases were safe,” she said.

Being an EMT since she finished her military service has been fulfilling, but she had always dreamed of a healthcare career.

“I’ve always had a drive to go into the medical field,” she said. “I came back just to finish something I had started back in the 1990s, which is to do something bigger. Being a nurse is demanding, but it’ll also be very rewarding.”

Returning to school in the age of technology has a breeze in some ways but a grind in others, she said. For instance, the Internet makes it easier to research, but she needed to retake her ACT five times over the course of a year just to gain a single point on her math score for entry into the Associate Degree Nursing program.

“Studying to be an RN is the hardest thing I’ve ever done, mentally, in my entire life. But, they always say if you haven’t ever wanted to quit, then your dreams aren’t big enough.

“As a student, I’ve gone from using books and encyclopedias to having information at my fingertips through computers, but then have to sift through and figure out what’s right.”

In recent weeks, she’s landed a job at University of Mississippi Medical Center, in the emergency room. “The emergency area is my passion. I love the stuff. And everyone there raves about Hinds graduates. They say our graduates really know their skills.”