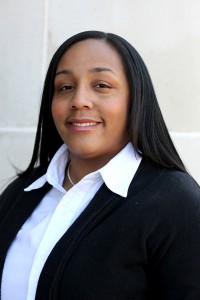 Greer hopes to eventually work in the neonatal or pediatric intensive care unit and continue her education to eventually earn a doctoral degree in nursing practice. She is married with two children and is actively involved in her children’s schools as well as her church. She is a President’s Scholars with a 4.0 grade point average. She is a member of Alpha Delta Nu Honor Society and Who’s Who Among Students in American Community and Junior Colleges.

Community college presidents or their designated nominators may submit no more than two nominations per campus for this award. An independent panel of judges considers outstanding academic rigor, grade point average, academic and leadership awards, and engagement in college and community service in the selection process.

“We thank the Coca-Cola Scholars Foundation for their vote of confidence in community college students by investing in their futures,” said Dr. Rod Risley, Executive Director of Phi Theta Kappa. “Their support is especially welcome during this challenging economic climate, as more and more community college students need additional resources to help them complete their degrees.”

Phi Theta Kappa Honor Society, headquartered in Jackson, is the largest honor society in American higher education with more than 1,285 chapters on two-year and community college campuses in all 50 of the United States, Canada, Germany, Peru, the Republic of Palau, the Republic of the Marshall Islands, the Federated States of Micronesia, the British Virgin Islands, the United Arab Emirates and U.S. territorial possessions. More than 3 million students have been inducted since its founding in 1918, with approximately 134,000 students inducted annually.